GenderGuesser has been an on-going project of mine that has been rewritten on several occasions. It has mainly served as an aid in my German studies. It's original use was to present me with a German word which I would have to guess the gender for. I quickly expanded it to all sorts of German language topics, including endings, verb regularity, past tense forms, etc.

Traditionally, all the previous versions were console-based. The latest incarnation and the one I am most pleased with is based on GTK+. I do mean to upload it and EpochCounter soon.

If you want permission to upload sets, you'll have to request it. 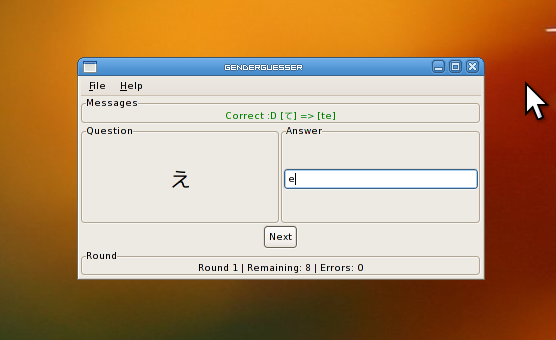 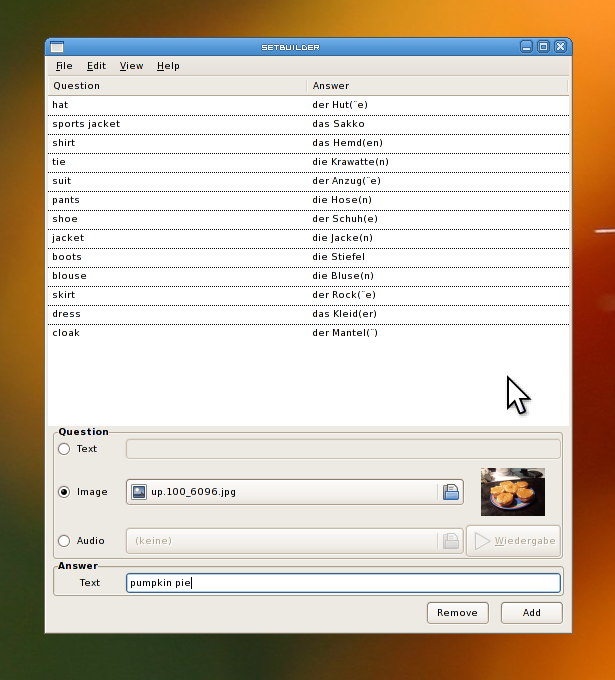